The Institute’s library originated as a private book collection (Fondo Cecchi). It has recently been expanded to include postal route maps and modern philatelic literature, providing a full documentation of postal communications.

The library includes more than 13,000 items (books and pamphlets). The library catalogue, which has more than 30,000 entries, has been digitized and is available online.

In 1992 the Institute signed an agreement with the Tuscan library system A.BI.TO., which is supported by the Tuscany Region and the Council of Prato, to interconnect Prato’s cultural institutions. The Institute’s library has since been incorporated into Prato’s library system, which has permitted its catalogue to be published online.

In 1995, the Federation of Italian Philatelic Societies merged its book collection with the Institute’s Library. In 1998, the Institute’s library catalogue was merged with the catalogue of the International Philatelic Library Association (IPLA), an organization that supervises the preservation of the most important philatelic and postal museum libraries in the world. 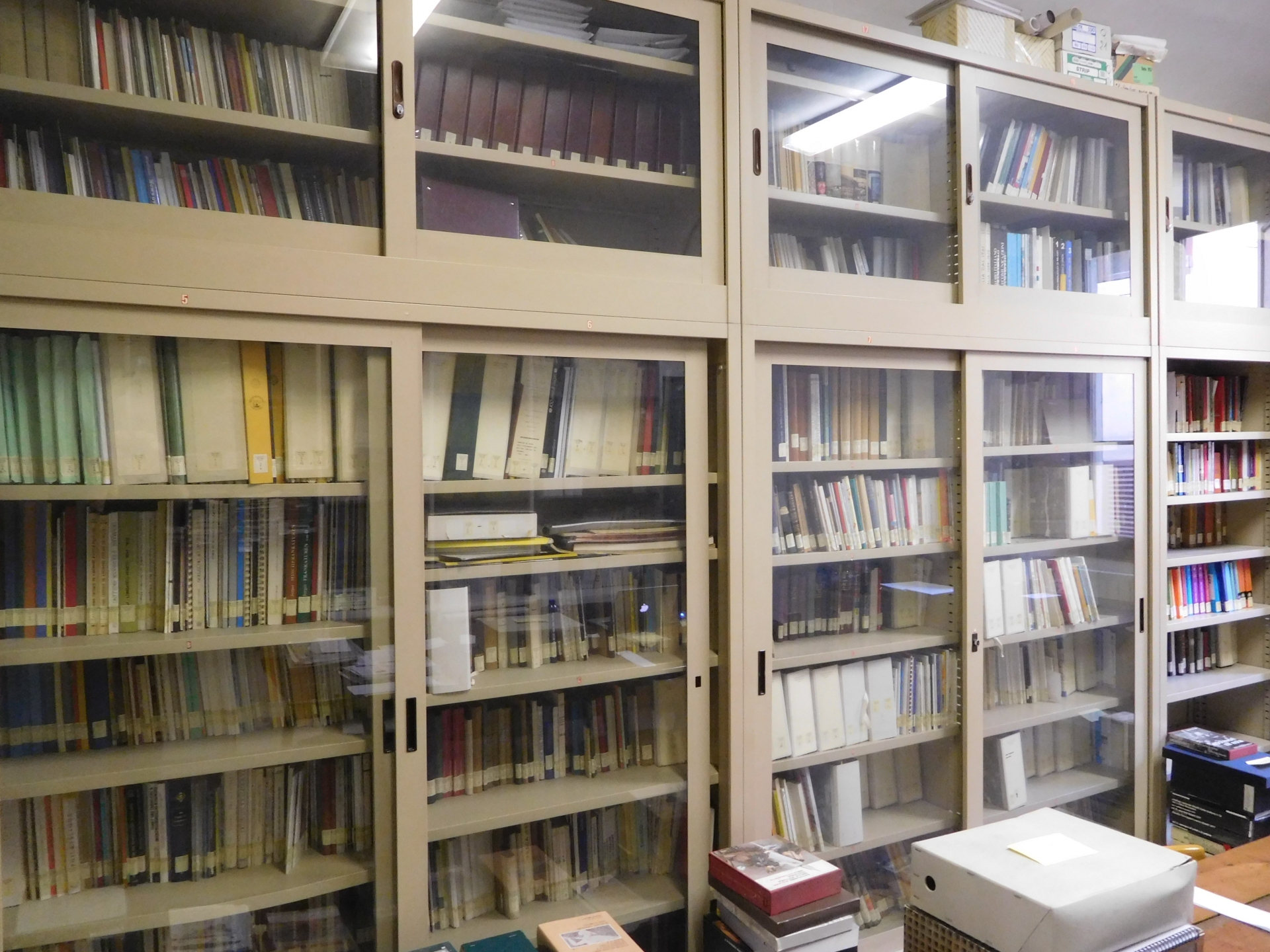 In April, 2011 the Library’s catalogue was linked to the Italian national library service (SBN), making it possible to conduct online research in major research libraries throughout Italy.

The Library is accessible by appointment, Monday to Friday, 10:00 AM to 1:00 PM. To facilitate access to library materials, researchers are accommodated in the reading room of the adjoining State Archives (see www.archiviodistato.prato.it). 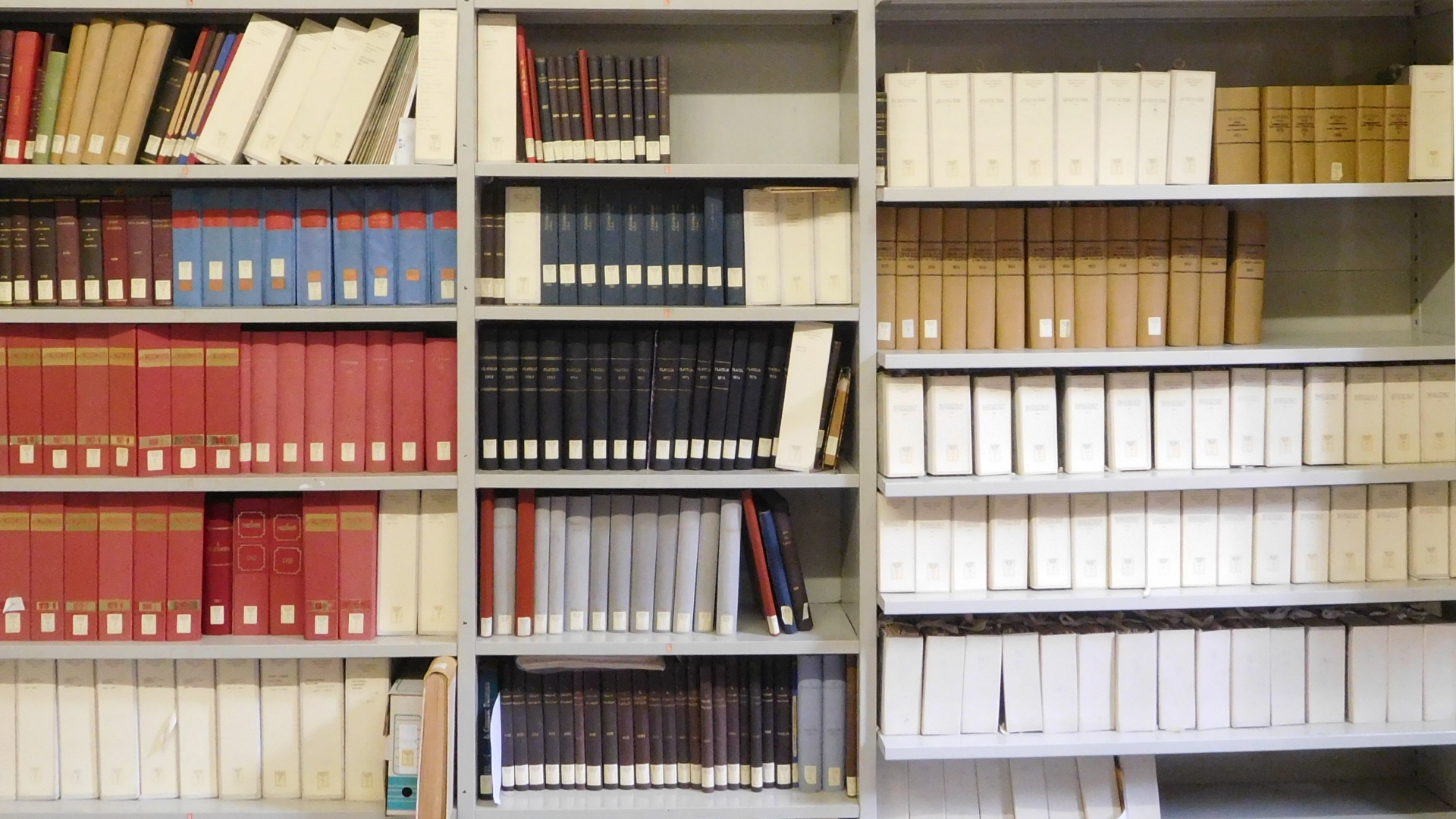 The library’s periodical collection includes over 2,000 titles. To facilitate access to these holdings, the library volunteers have prepared a bibliographic entry for every major periodical article – providing scholars with an extraordinary level of access that is not ordinarily available in either online or paper-based catalogues.

A similar bibliographic scheme has been used to catalogue the rest of the library collection.

From the very beginnings of philately, many commercial publishers advertised the sale of postage stamps and other collectibles, as well as stamp albums and various kinds of philatelic accessories. These publishers also issued auction catalogues (with hammer prices), fixed price sales offers, and promotional materials of various kinds. The Institute holds a large and continuously growing collection of philatelic publications that consists (as of July 2017) of around 15,000 items. The collection is fully organized and is in the process of being catalogued. Though these holdings are all philatelic, they are quite heterogenous – being partly monographic, partly periodical, and partly “grey literature.” For this reason, the Institute has dedicated a special section in its library to their preservation, whose catalogue is available online. 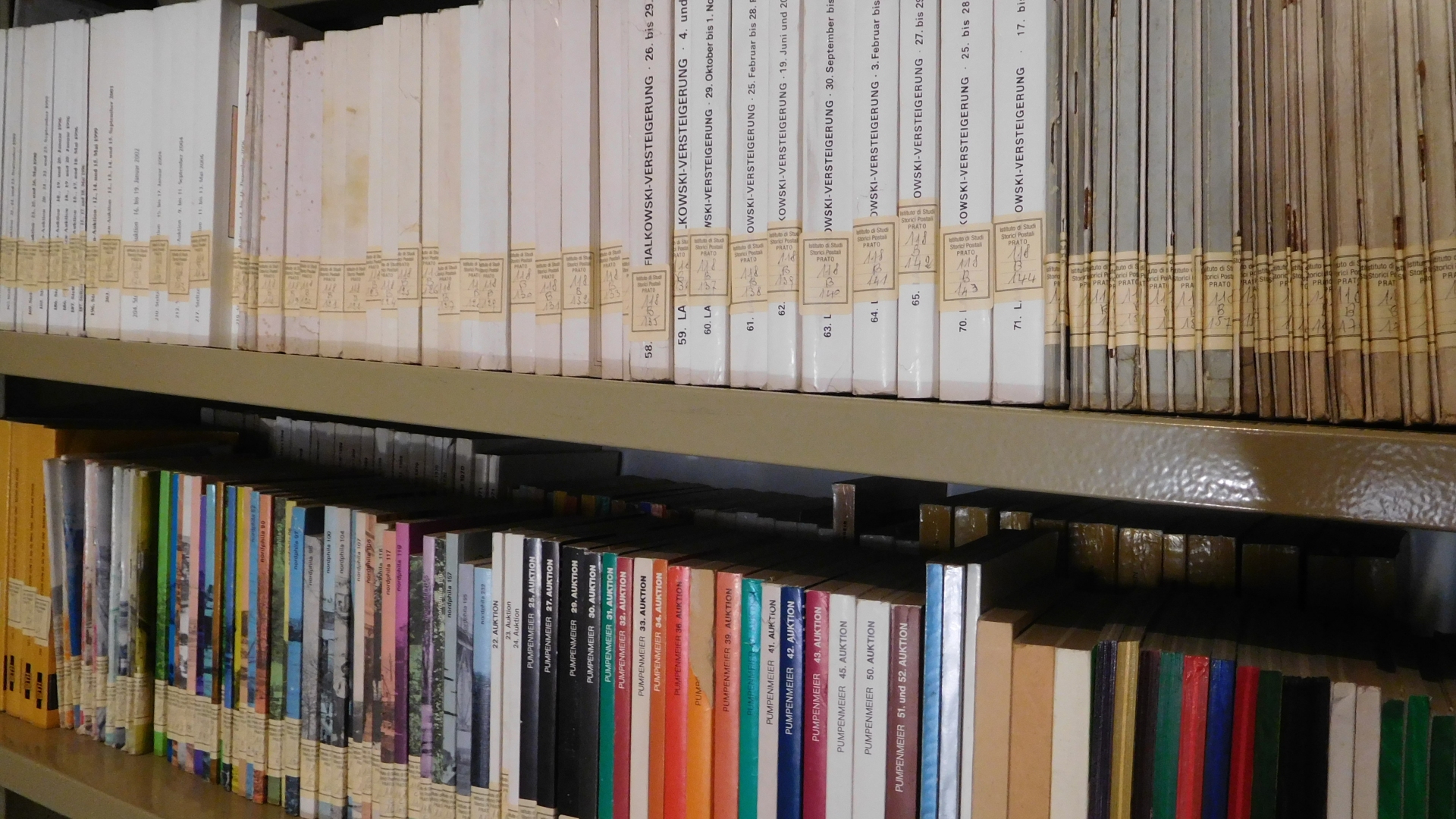 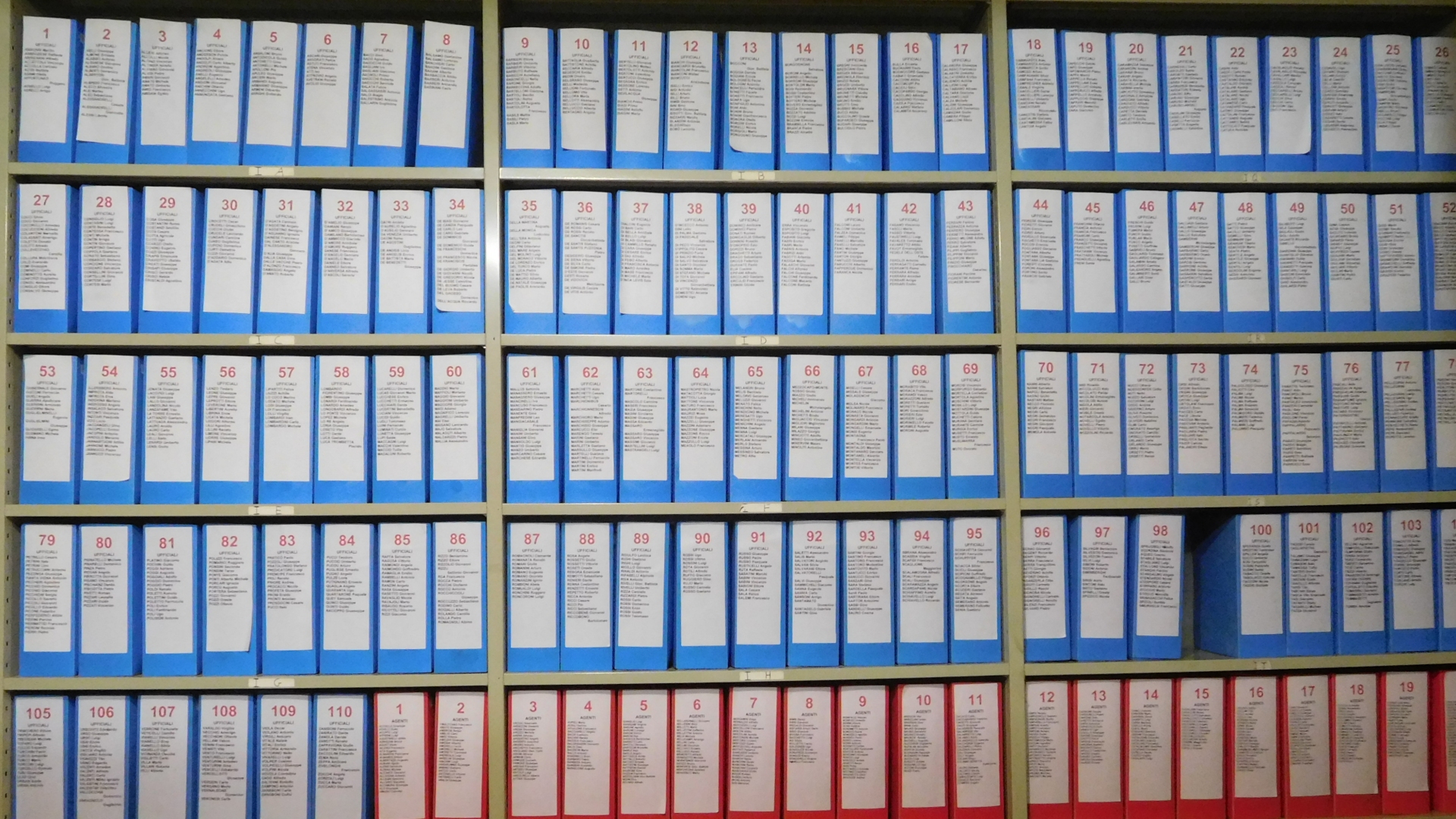 The Institute’s archival holdings are extraordinarily important for the study of Italian postal history. These include the 20th century records of the “Direzione Superiore della Posta Militare” (the High Office for Military Mail). These records occupy 60 linear meters of shelf space and consist of 400,000 original documents. While only a part of the collection has been systematically explored, it has already provided documentation for two publications edited by the Historic Office of the General Staff of the Army, as well as for several other publications made by the Institute.

On February 4, 2011 the Ministry of Cultural Heritage and Activities and Tourism recognized the Institute’s archive as a repository of remarkable historical interest; its holding are listed in SIUSA (the Unique Information System for Archival Superintendencies).

The Institute’s Digitation Centre is equipped with a “planetary” scanner that permits original documents to be scanned (up to an ISO A1 format).

The Centre employs a Zeutschel Omniscan 10000 scanner, which has the following features:

The equipment allows for a quick scanning of large-scale volumes (some of which are being published on this site), and for the subsequent networking of sources for postal history. It can be also used by the Prato Library system. 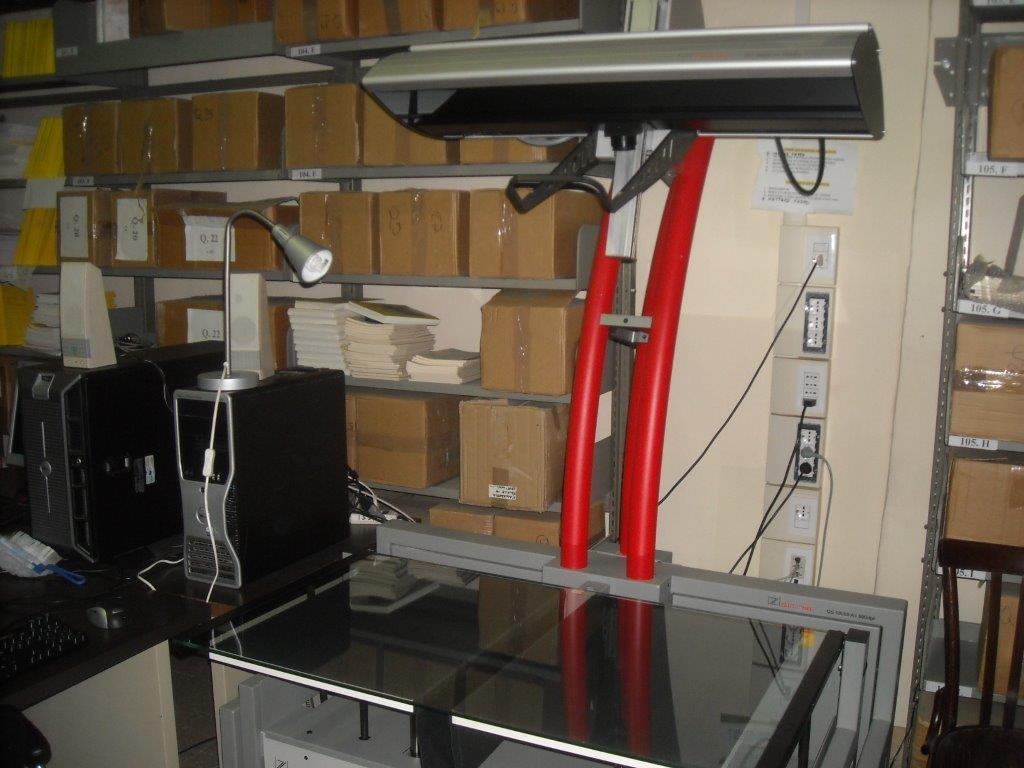